Supporters of the arts were protesting against what they say are disproportionate cuts in the arts budget and a continued lack of investment in the sector. 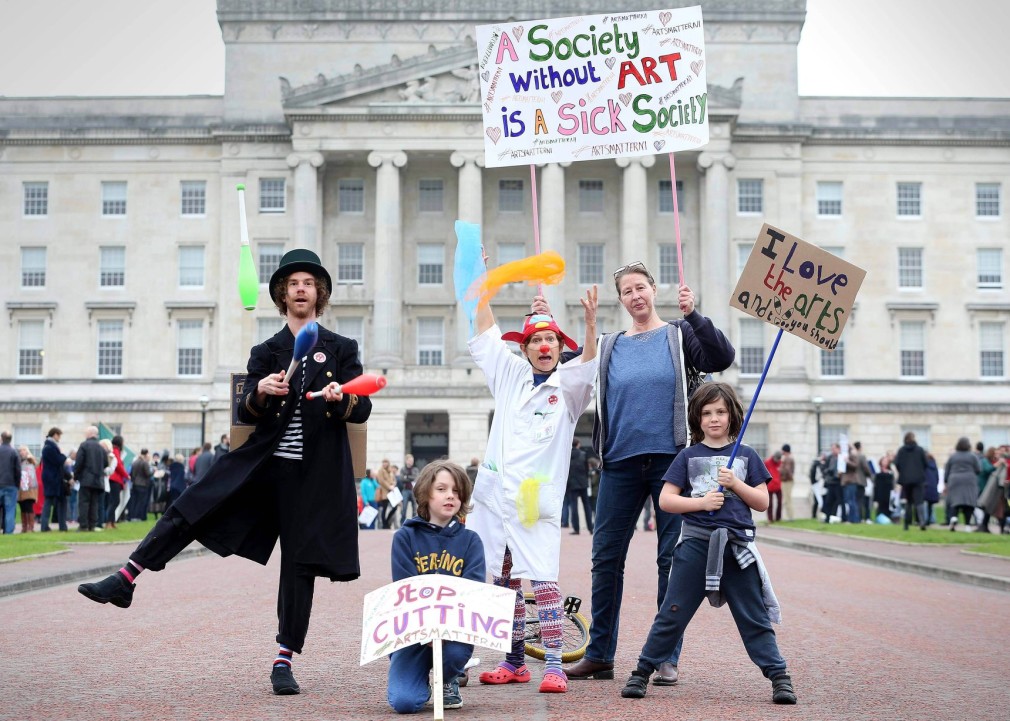 A protest opposing cuts to the arts sector in Northern Ireland has taken place at Stormont.

Supporters of the arts today protested against what they say are disproportionate cuts in the arts budget and a continued lack of investment in the sector.

Around 200 attended the protest. Cuts to the arts budget were announced earlier this year.

Minister of Culture, Arts and Leisure, Carál Ní Chuilín, has said that she is dealing with a reduced budget in her department.

A spokesman from ArtsMatterNI, who are fronting the campaign against the cuts, said:

“The arts community in Northern Ireland has long been the poor relation in the UK and Ireland.

This is an industry that educates and entertains our children. It brings investment to the province and makes life better for everyone here.

“The arts industry in Northern Ireland is internationally respected and employs the most creative and open-minded people in the province and yet it receives almost the lowest rate of funding in Western Europe.

“We are asking the Minister to provide for Northern Ireland people’s right to have access to the arts, as an equality priority. To do this she must restore this funding to the sector and look at how her department invests in the sector for the longer term.”